What is a Cru?

Lauren Mowery on April 3, 2020 under Focus/Fokus 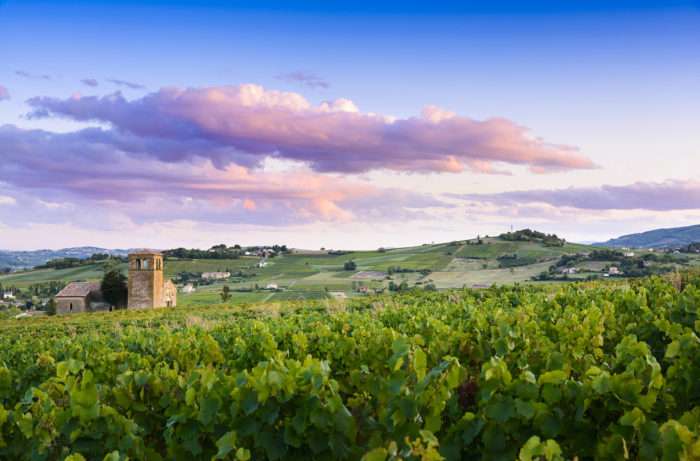 French wine labels can be incredibly confusing. The labels indicate the region where a wine was produced, but not always the grapes used. For instance, the words “Grand” and “Premier” are used a lot, but even though premier means first in French, grand usually appears on the better wine. And then there’s the word “cru” which takes on different meanings across various French wine regions.

Cru is “a vineyard or group of vineyards, especially one of recognized quality”. It is a French wine term which is traditionally translated as “growth”, as it was originally the past participle of the verb “croître”. More precisely, it references a great or superior growing site or vineyard, a concept linked to the French notion of terroir. Soil, climate, altitude, aspect and the right variety create a synergy recognized as a cru. Though the term is used throughout France, it’s not always applied in the same manner. The concept is also employed in countries like Germany and Italy, though with subtle differences and implications.

Here’s a look how the word cru is used around France, Germany and Italy.

Burgundy can be a complex region to understand. Yet, its classification system is relatively simple. Grand Cru is the top dog, while the tier just below it is named Premier Cru.

A cru in Burgundy designates a high-quality vineyard. Often, they’re split into parcels owned by different wineries or estates. These classifications are based on observation that began with 12th-century Cistercian and Benedictine monks in the Côte d’Or. Every vineyard in Burgundy is classified into this hierarchy. Grand Cru is at the top of the pyramid, followed by Premier Cru, the “village” wines, with the generic Bourgogne category at the bottom.

Each of the 33 Grand Crus is its own appellation and only Pinot Noir or Chardonnay are grown within their boundaries. Very few appellations allow both. Premier Cru wines are less expensive and often a better value, though their long-term aging potential is typically less.

Chablis, uniquely, has one Grand Cru appellation that encompasses seven vineyards. The seven sites have favourable southwest exposure that helps ripen the grapes and overlooks the town of Chablis. Premier Cru is the category just below it.

In Bordeaux cru is applied much differently. Grand Cru Classé is the best-known quality classification system, and it’s tied to a specific chateau or estate, rather than a contiguous vineyard. Created in 1855, it comprises only left bank chateaus in Médoc, Graves and Sauternes, ranked from first to fifth growths, based on their value at that time. The first growths are called premiers crus, while second through fifth growth crus are called crus classés.

On the right bank, Pomerol isn’t classified, but Saint-Émilion provides enough confusion for both.

St.-Émilion has two chateau-based quality classifications, though it adds a separate third category. At the top of the quality-pyramid is Premier Grands Crus Classés, of which there are 18, followed by Grands Crus Classés which contains 64 chateaus. The appellation’s third category is not tied to a specific ‘classed’ chateau or geographical subzone. Wines abelled “St.-Émilion Grand Cru” merely have more stringent production rules.

The cru’s in the rest of France

Alsace applies the term Grand Cru in similar fashion to Burgundy. Fifty-one vineyards have been designated superior, or Grand Cru, and wine from those sites can use the term on its label. There’s incredible diversity in Alsatian Grand Cru wines, with four grapes approved for use, as well as varied soils and aspects.

Not far from Burgundy sits Beaujolais, France’s Gamay headquarters. There cru is applied not to vineyards, but villages. There are 10 villages, like well-known Morgon and Fleurie. Wines produced from these villages are called Cru Beaujolais.

Similar to Beaujolais, Champagne classifies whole villages as Grand Cru or Premier Cru sources for fruit. Called échelle des crus, or “ladder of the growths,” the Champenois established the system in the early 20th century to fix grape prices for both farmers and buyers at Champagne houses.

Each harvest, a price is set. A grower with land in one of Champagne’s grand cru village receives 100% of the price. Fruit from premier cru villages earns from 90% to 99%, while the rest receive from 80% to 89%. Today there are 17 grand cru villages that include Aÿ, Bouzy, Cramant and Oger.

Cru’s in Germany and Italy

The notion of a special site that’s superior to those around it reaches to Roman times. Wine presses found on recovered archaeological sites in the Mosel Valley align with plots deemed superior today.

In Italy, a few regions aspire to define crus, but Piedmont and Sicily are better-known examples. In Piedmont, Barolo and Barbaresco have mapped out their grand crus by geography, and those vineyard delineations are part of the bylaws of their Denominazione di Origine Controllata e Garantita (DOCGs).

Producers in Sicily’s Etna DOC are mapping crus that follow old lava flows, and their resulting soil and elevation changes, along Mount Etna. The region has been revitalized for fine winemaking only recently, so it may be some time before any official delineation.