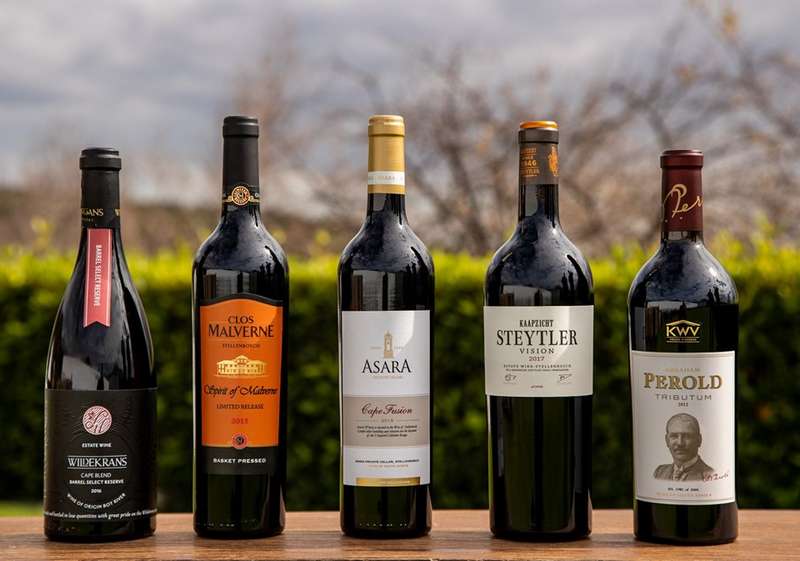 Since 2011 the Perold Absa Cape Blend competition has delivered true masterpieces, showing not only the local wine community, but also globally , that pinotage is not only growing in stature, but also increasingly being used in premium red wine blends. The cream of the crop has once again risen to the top and winners can look back upon their very rewarding winemaking journey with pinotage.

The average price of the winning wines is approximately R350 per bottle, which is further testimony to the flagship status of Cape Blend wines.

Judging panel convener Wilhelm Pienaar says that the winemakers are using their higher quality pinotage and other varietals for Cape Blends, which is not only encouraging, but also proof of how important this wine style has become.

De Wet Viljoen, vice-chairman of the Pinotage Association, said: “Winemakers enjoy expressing themselves with these masterpieces, each unique and expressively so. The blends show how winemakers can manage several variables to finally make world class wines.”

Viljoen added that once again the quality was astounding and that the blends showed great balance, elegance and structure.

As for the winning wines, this year was the 6th time that the KWV Abraham Perold Tributum emerged victorious in this Cape Blend competition, making KWV the most successful producer in the competition.

The other finalists are: 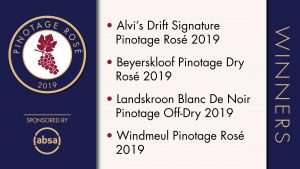 Judging by the number of entries received this year, it is clear that interest in this category has grown by leaps and bounds. More producers are adding pinotage rosé to their product range due to the increased demand for this wine style.

Vice-chair of the Pinotage Association, De Wet Viljoen, said: “We are very happy that pinotage rosé is also represented in the pinotage competitions. With all the different expressions of pinotage possible, it is in fact no surprise to see this category so well represented. As before we are seeing rosé wines with exceptional freshness and high quality which confirms the vision to expand pinotage not only in terms of possible wine styles, but also participation by various market stakeholders.”

The 2019 Pinotage Rosé Competition winners are: