‘South Africa is making the greatest wine in its history’ 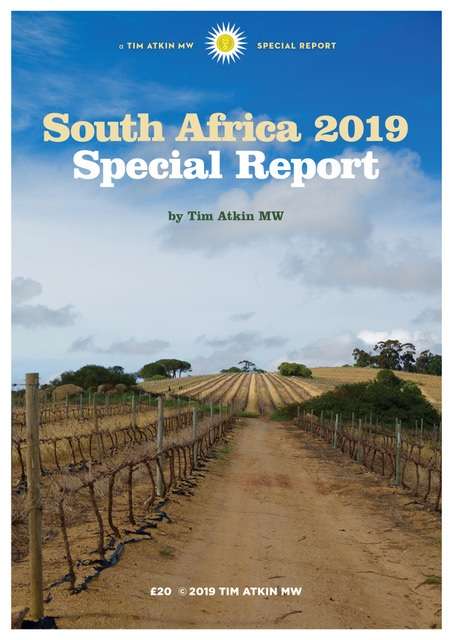 The Cape is firmly established as “one of the most exciting wine-producing countries on the planet” thanks to a combination of old vines, young winemaking talent, established names, varied terroir and a can-do spirit, according to award-winning British journalist and Master of Wine, Tim Atkin, who has just released his seventh annual guide to South African wine.

In his eagerly anticipated 2019 report, Atkin has awarded 99 points to two wines – the 2017 Boschkloof Epilogue Syrah and the 2018 Sadie Family ’T Voetpad – and 95 points or more to a further 159 wines. “There was no 100-pointer this year,” he says, “but all of my top-rated wines are exceptional, reflecting the diversity and exceptional quality of the best of the Cape.”

Atkin highlights a number of challenges facing the wine industry, especially climate change and the continued unprofitability of many wine businesses.

“The dams may be fuller than they were a year ago after the winter rains, but producers still need to think about what and where they plant in future,” he says. “We are finally seeing the overdue emergence of a fine wine category, but too much wine is sold too cheaply for the long-term health of the industry. Winemakers need to pay more for their grapes and consumers need to recognise that South Africa cannot continue to be the world’s bargain basement.”

This year, Atkin singles out chardonnay, chenin blanc, cinsault and syrah for special praise, all of which are established varieties in the Cape, but also highlights the “enormous potential” of albariño, agiorgitiko, assyrtiko, furmint, grenache blanc, grenache noir, malbec, mourvèdre, petit verdot, roussanne and verdelho. “Not before time, South Africa is expanding its palette of grapes,” he says.

Atkin’s 2019 South Africa Special Report runs to over 281 pages and is the product of three trips to the Cape over the last year, as well as further tastings in the UK, and includes:

Atkin has also named his Overall Wines and Winemakers of the Year:

There will be a public tasting of his 95+ point scoring wines in the presence of the men and women who made them in Cape Town on 13 September. To book tickets at a cost of R500, go to: http://www.winecellar.co.za/tim-atkin-tasting-13-sept-cpt-nv.html.