So you think you’re a wine expert! 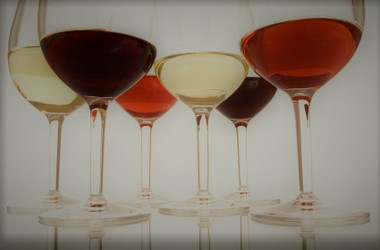 If you are reading this, there is a 99.9% chance that you are a wine lover. This means that all of your friends know about your passion for wine, right? Right! But how much do you REALLY know about wine? Can you answer all of the following wine-related questions correctly? Don’t worry if you can’t, because you are sure to learn something in the process. But please, as tempting as it may be, don’t Google your answers. Good luck!

The aborigines in Australia named one of their wine regions, Mudgee, which means “nest in the hills”. Where is Mudgee located?

Mudgee is one of fourteen wine growing regions located in New South Wales. Mudgee is known for producing robust Cabernet Sauvignon. New varietals such as Sangiovese, Barbera and Zinfandel are beginning to emerge as the region continues to grow.

Naoussa is a Macedonian-Greek wine region, therefore it does not belong in the same category as the other three choices. Zalema, Vilana, and Trepat are wine grapes. Zalema is a Spanish white wine varietal that produces heavy, full-bodied wines. Vilana is a Greek (more specifically, Cretan) white wine variety that produces well-balanced wines with lemon and herbaceous notes. Trepat is a Spanish red wine variety known as a blending grape for rosé.

Nebbiolo is known as Spanna in Northern Piedmont. Here the grape expresses itself in a lighter style (as compared to Barolo and Barbaresco).

Zinfandel is a red grape variety extensively planted in California. DNA fingerprinting revealed that it is genetically equivalent to this Croatian grape:

Crljenak Kaštelanski is a Croatian wine grape that is genetically equivalent to Zinfandel. Croatia did not become its own nation until 1992, but their winemaking dates back to the Ancient Greeks.

Which is the largest wine region in Hungary?

Kunság is the largest wine region in Hungary encompassing 97 towns and villages, and covering over 24,400 hectares of land. The bulk of Hungary’s commercially grown table wines are produced here.

The Judgment of Paris, which was won by Stag’s Leap Cabernet Sauvignon and Chateau Montelena Chardonnay, took place in…

The Judgment of Paris took place in 1976. The event was dramatized in the movie Bottle Shock (2008). The movie had a budget of five million dollars. It grossed approximately four million dollars. Stag’s Leap and Chateau Montelena continue to be two of the most popular destination wineries in the Napa area.

What Champagne House first owned the rights to the name Dom Pérignon?

Mercier, located in the commune of Epernay, is the Champagne house who first owned the rights to the name Dom Pérignon. The house was founded in 1858 during the reign of Napolean III. The brand is currently number one in the French Champagne market.

Put these four Argentinian wine regions in order from south to north:

Which is the most planted red grape variety in the Württemberg region in Germany?

Trollinger is the most planted red grape variety in the Württemberg region in Germany. In Northern Italy, Trollinger is known as Schiava. The grape likely hails from Italy as Trollinger translates to “of Tyrol”. South Tyrol is an Italian province in Austria. Trollinger wines tend to be light and slightly sweet. They are best consumed in their youth.

TCA is the common abbreviation for the chemical compound 2,4,6-trichloroanisole, the compound that causes cork taint. In which year was it first identified?

TCA was first identified in 1981. It is not harmful to your health, but it can change the taste of your wine. Some palates cannot detect TCA as well as others. It is expressed as a wet basement smell or taste.

What are the aging requirements (minimum aging period) for a Rioja Gran Reserva wine?

For Rioja Gran Reserva status, the wine must be aged twenty four months in the barrel and thirty six months in the bottle. Many winemakers go above and beyond by aging the wine even further than the requirement.

As long as each litre of wine has contact with 15 grams of American oak, you will be able to detect the oak in your wine. American oak is specifically known for its intensely sweet notes of coconut and vanilla, as compared to French oak.

The 3 main wine regions in Slovenia:

The three main wine regions in Slovenia are Primorski, Porsavski, and Podravski. About 75% of Slovenian wine is made from white wine grapes.

Vranec (red) and Smederevka (white) are the two most planted grape varieties in the Republic of Macedonia. Eighty percent of production is from red grapes, mostly Vranec.

The origin of the name Stellenbosch Wine Region in South Africa is:

The Stellenbosch Wine Region received its name from the Cape’s Dutch Commander, Jan van Riebeeck. He directed the very first pressing of grapes for wine in 1659. He had come to the Cape in 1652 to establish a settlement on behalf of the Dutch East India Company.

What are the principal grape varieties (known as the Big 5) of the Douro region in Portugal?

41B is a rootstock (a crossing between V. berlandieri and V. vinifera). 71B is a yeast (isolated by Pr. Maugenet’s team at the National Agricultural Research Institute in Narbonne, France).

One thought on So you think you’re a wine expert!