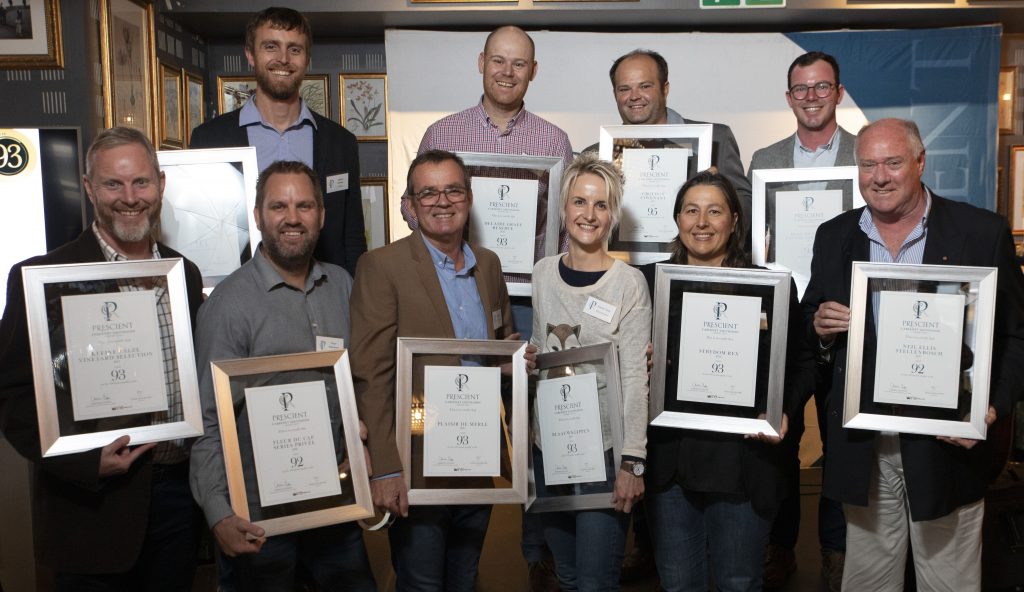 The “King of Grapes” is the offspring of cabernet franc and sauvignon blanc, and gained recognition through its prominence in classic wines from Bordeaux. Cabernet sauvignon is a bold grape: dense, dark and tannic. It gives off flavours and aromas of dark berries, cigar box, pepper and eucalyptus. South Africa’s Stellenbosch region produces many fine versions of this single varietal.

Cabernet sauvignon is one of the world’s most widely recognized red wine grape varieties. It is grown in nearly every major wine producing country among a diverse spectrum of climates from Canada’s Okanagan Valley to Lebanon’s Beqaa Valley.

The eighth annual Cabernet Sauvignon Report sponsored by multinational financial services company Prescient received 94 entries from 76 producers, and these were tasted “blind” – labels out of sight – by the Winemag three-person panel of Christian Eedes, Roland Peens and James Pietersen.

The scoring was done according to the 100-point quality scale. Forty-three wines scored 90+ points, demonstrating an explosion of quality in the category, and it appears Stellenbosch owns the category as 9 of the top 10 and 34 of the 43 wines to rate 90+ hail from this district.

The top 10 wines were as follows:

To read the report in full, including key findings, tasting notes for the top 10 and scores on the 100-point quality scale for all wines entered, go to Winemag.co.za.