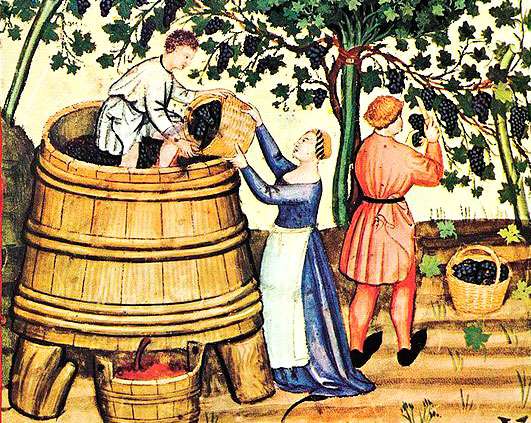 I have to say that studying oxidative versus reductive winemaking methods has really put into perspective some of the aromas I pick up when tasting. I distinctly remember sitting around a table at a wine tasting and realising that one of the wines was off. I knew it smelled and tasted funny, but I couldn’t tell why. And then one of my colleagues (with much greater knowledge than me) mentioned that this wine had undergone reductive winemaking and the winemaker took it just a tad too far.

Oxygen is essential to all winemaking: it helps kick-start fermentation and promote healthy yeast populations. When it comes to aging and storage, if wine is kept away from oxygen for too long, this can lead to reductive flavours, which in large amounts can be off-putting and even considered a fault. (This can happen if a bottle closure has low levels of oxygen ingress [for example, some cork conglomerates and screw caps]). Exposure to oxygen over time (for example, with time in barrel) can lead to favourable aromas and flavours, adding tertiary notes and thus depth and complexity to the wine.

But let’s get back to reductive versus oxidative winemaking. Oxidative and reductive are terms used to describe two contrasting styles of vinification. The processes are ideologically and scientifically opposed, and each has a profound impact on the aromas, flavours and texture of wine.

HOW EACH PROCESS WORKS

The aim of oxidative winemaking is to develop secondary aromas and flavours in wine and add textural complexity. Winemakers do so by introducing a controlled amount of oxygen at various stages of vinification via techniques like barrel fermenting, batonnage (stirring the lees) and racking (moving wine from one barrel to another).

In reductive winemaking, oxygen is the enemy, and winemakers aim to protect the grapes and pre-fermented juice from air. If successful, they preserve the fresh fruit character of their wines, resulting in a lighter, fresher, fruitier style that’s typically paler in colour. The main weapons in a winemaker’s armoury to tackle oxygen are inert gases and sulphur dioxide, as well as controlled-temperature fermentation.

THE RISKS OF EACH PROCESS

In oxidative winemaking, the main risk is the wine becoming oxidized, which admittedly sounds counterintuitive. Oxidized wine, however, is different from wine that has experienced oxygenation.

Oxygenation helps wines develop their aged (tertiary) flavours and aromas. Oxidized wines, on the other hand, have been exposed to too much uncontrolled oxygen. They’re easy to spot: their colour dulls and the flavour turns flat and loses all fruit character (sort of like a really tired old sherry). Once a wine has oxidized, there’s no way of saving it.

Heavy-handed reductive winemaking also presents challenges. Adding too many sulphites, either in the vineyard or during fermentation, increases the likelihood of the formation of volatile sulphur compounds such as hydrogen sulphide or mercaptans. These can add unappealing scents, such as rubber, cabbage and rotten eggs. In some cases, vigorous swirling or decanting can help cure a wine of these “reductive” notes.

EXAMPLES OF EACH STYLE

The differences between oxidative and reductive winemaking are best displayed by comparing two styles of white wine: barrel-fermented chardonnay and sauvignon blanc.

To make the chardonnay, winemakers vinify in oak barrels, which permits a small amount of oxygen into the liquid. They also allow malolactic fermentation (MLF) to take place and stir the lees into the wine. The end result is creamy, buttery, doughy secondary notes, with a rich mouthfeel. This is a classic example of oxidative winemaking.

To achieve a refreshing style of sauvignon blanc, winemakers vinify in stainless steel — reducing the influence of oxygen — and keep temperatures low to prevent MLF. These factors maintain the wine’s fruitiness and provide a textbook example of reductive winemaking.

ARE ALL WINES OXIDATIVE OR REDUCTIVE?

No. Most wines are made using a combination of both techniques to maximize the stability of the wine. Oxygen breaks up any volatile sulphur compounds that form during fermentation, and adding sulphites protects the liquid from re-fermenting in the bottle. In the case of red wines, oxygen also helps the development of colour and tannic structure.