The latest research from Wine Intelligence has revealed how the Chinese wine market is maturing and thus opening up new opportunities to ambitious wine brands.

A key characteristic of China’s wine market is the move towards quality over quantity. Approximately 40% of the Chinese market is composed of imported wines, and consumers of these wines have grown by 7% between 2016 and 2019.

The shift towards quality mirrors what is being seen in alcohol markets in several Western countries. Wine Intelligence commented: “Our data suggests that, as consumers become more knowledgeable and engaged with this category, they are more selective about what they are going to drink.”

As well as the move to more expensive imported wines, Chinese consumers are becoming increasingly open to different types of wine from different countries. France is still the leading source for imported wines, but Australia is quickly closing the gap and is predicted to overtake France in the next couple of years.

Consumers are also embracing countries like Chile and Italy and expanding their horizons beyond the traditionally popular red wine to embrace sparkling, white and rosé wines as well. Wine Intelligence concludes that this diversification is “a sign the market is progressing and starting to look like a lot of other international markets”.

Another crucial feature of the maturing Chinese wine market is the role played by ecommerce. China has wholeheartedly embraced online shopping for wine with 46% of consumers buying wine online. These consumers are also following the trend of trading up, with 28% of those who have bought wine online in the past 6 months spending 400 RMB and above. This figure was at just 21% in 2016. 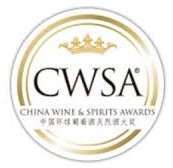 According to Wine Intelligence, word of mouth recommendations, which often take the form of social media posts or WeChat or Weibo messages from friends and family, are the most powerful purchase drivers. Also important are other forms of recommendations, such as the highly respected CWSA Medals. This allows producers of imported wines to put their products in front of 100 of China’s most influential buyers who judge the competition each year. Winning an award at the CWSA sends a clear signal to Chinese consumers that your wines and spirits have been approved by a panel of influential wine experts.