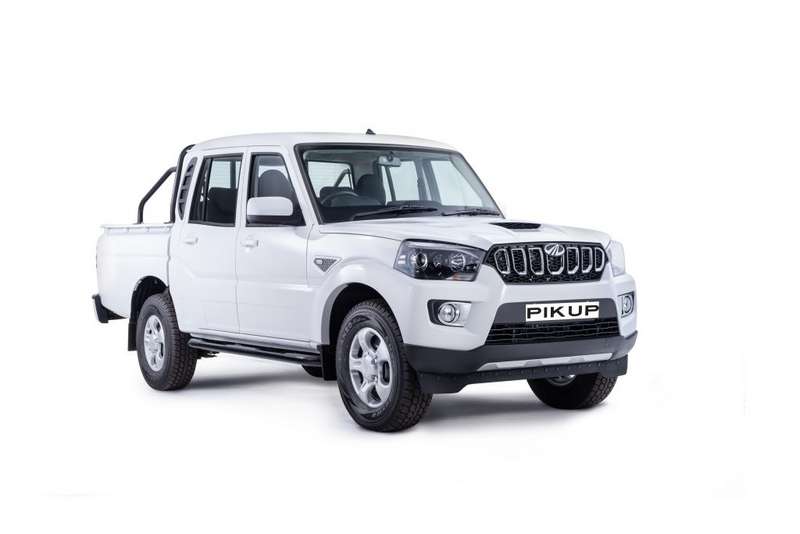 Mahindra has expanded its lifestyle double cab range by offering more automatic models. The new Mahindra Pik Up S6 Automatic arrives with a starting price of only R378 999, making it the most affordable automatic “bakkie” in South Africa. The standard model and a Karoo Edition also join the line-up with rear- or four-wheel-drive, adding four models in total to the comprehensive Pik Up range.

All four new additions to the double-cab range are fitted with the same engine and automatic gearbox, which was developed by Mahindra globally with significant input and testing from Mahindra in South Africa. This means that power is delivered by the proven and trusted mHawk turbodiesel engine with common rail injection. The engine is rated to deliver 103 kW at 3 750 rpm and a healthy 320 Nm all the way from 1 500 rpm to 2 800 rpm.

In the automatic models, the fuel consumption has been rated as 9.3 litres/100 km in a combined cycle.

The Pik Up S6 Automatic further benefits from the Pik Up range’s comprehensive mechanical resumé. This includes Mahindra’s beloved MLD self-locking rear differential, an 80-litre fuel tank, a 210 mm ground clearance and a maximum tow rating of 2 500 kg. Other features carried over from the S6 manual model include front fog lamps, the impressive 1 095 kg payload for the 4×2 double cab model (995 kg for the 4×4) and ABS brakes with electronic brakeforce distribution (EBD). Four-wheel drive models are also fitted with a knob-selector for a quick shift between 2H and 4H modes and to low-range.

Inside the cabin, the S6 Automatic model has a comprehensive list of features. These include air conditioning, an audio system with a USB and auxiliary port, cruise control, central locking and electric windows and mirrors. All auto models also have Electronic Stability Programme (ESP) as standard.

For buyers who would like a more visually striking S6 Automatic with an even higher specification level, Mahindra has added two S6 Automatic Karoo models, with the same option between the 4×2 and 4×4 drivetrains. With these Karoo models, Mahindra’s design team has swopped the standard S6 steel wheels with hardened off-road ready alloy rims. 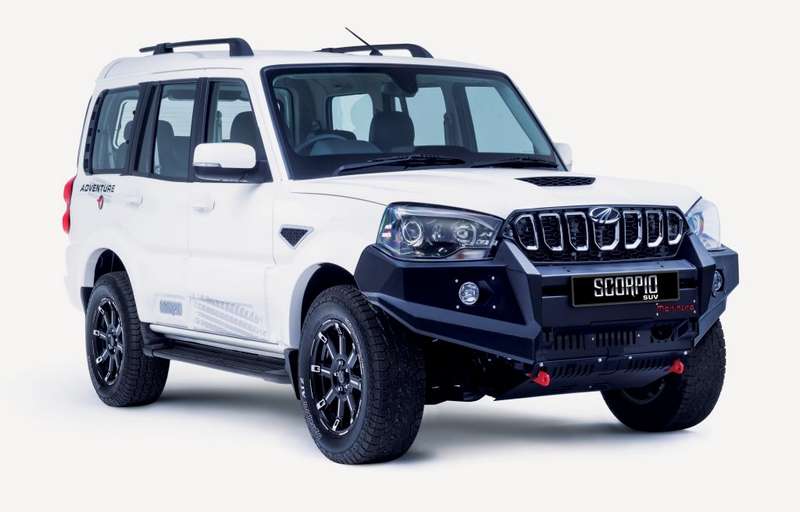 Earlier Mahindra announced the introduction of a limited-edition Scorpio S11 Adventure for families who would like to live large and explore all that South Africa has to offer. The new model enhances the striking looks of the Scorpio with a set of off-road bumpers and all-terrain rims and tyres, rounded off with Adventure insignia on the flanks and rear luggage door.

Under the hood of the S11 is the more powerful version of Mahindra’s popular 2.2 litre mHawk turbodiesel. This engine delivers 103 kW (up from the 88 kW of the S10 model) and 320 Nm of torque. The power is delivered to all four wheels through a new six-speed manual gearbox, and the driver has the ability to shift-on-the fly between 4H and 2H at speeds of up to 100 km/h.

Inside the cabin, the S11 Adventure has all the luxury trimmings of its sibling. This includes electronic climate control, power steering, cruise control, a voice-command system and electric windows all round.

The new model is available at dealers across Southern Africa at a starting price of R416 999. All models are sold with a 5-year / 90 000 km service plan and 4-year / 120 000 km comprehensive mechanical warranty.