It’s all about the oak! 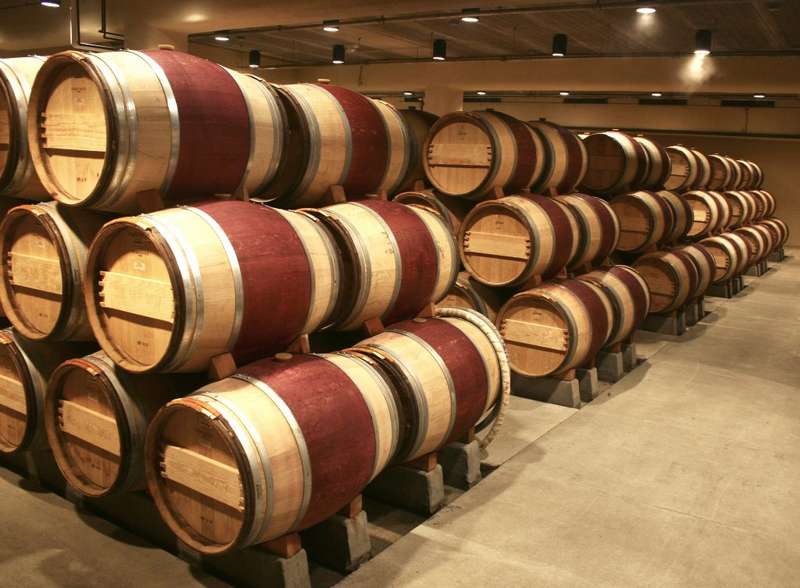 One of the first things that comes to mind when a consumer envisions a winery is a huge stack of barrels. The amazing smell of wine-soaked oak with its toasty, warm wood scent is intoxicating. As a winemaker, I never get tired of it. It always smells good assuming that the winery is taking proper care of their investment with cleanliness and sanitation procedures.

There are many mysteries surrounding oak however. What is it used for? Why? Who decided that it was the best wood for wine?

It is not certain when oak was first used for wine storage, however, the general consensus is that it has been used for wine production for over 2,000 years, most likely originating with the Romans during their conquests of France.

There are two main types of oak that are used in winemaking; European Oak – which can come from France, Hungary or Yugoslavia – and American. The species of European oak can be from Quercus robur or Quercus petraea and American oak is typically Quercus alba. French oak is typically the most prized of the European oaks due to the fine nature of tannins, although it is from the same species as the Central European trees. Both types have pros and cons and typically the choice comes down to winemaker preference and desired style.

The European Oak species grow more slowly than their American cousin which makes the rings in the trunk appear more closely together. This gives the staves made from this species a tighter grain. Why does this matter? The tighter grain gives the oak different flavours from its wider grained cousin. It also encourages the addition of extra oak tannins. The flavours given off by the wood depends on the toast level.

One of the most challenging things to a winemaker about choosing oak is that each Cooper (Barrel Maker) has their own definition of each of the toast levels above. The final flavours of the oak are very much driven by the Cooper profile. This makes it very difficult to decide what a wine will taste like once your wine is put into it without trying it out on the wine to begin with. This is why barrel trials are such an important part of any winery oak plan.

Coopers are constantly coming up with “the next best thing” and a careful winemaker will try one or two barrels to determine if the change will be positive or negative for their wine profile. Some wines like very structured barrels and others need more delicate profiles. Once a winemaker has decided what oak to use and what toast level, all that is left is to decide what form the oak will take. 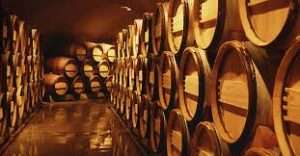 Barrels are the traditional choice. They can be formed several ways including through fire, steam or water, then toasted using heat, usually from an open flame. They allow the wood to integrate into the wine consistently while softening the wine through the occasional introduction of oxygen throughout the topping process. The wood itself does not transmit very much oxygen once it becomes saturated with wine and tartrate crystals. They are convenient fermentation vessels for white wines as the small amount of volume per barrel does not heat up rapidly and can be easily controlled by placing the barrel in a temperature controlled room or cave. 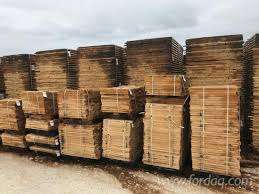 Similar in shape to the staves that will eventually become barrels, oak staves are long segments of oak that are individually toasted without the bending process. The staves I’ve seen are usually thinner than the barrel staves, but depending on the producer, they are toasted in much the same way as barrels or they can be roasted in a convection oven. Again, like barrels, the toasting method very much depends on winemaker preference and each way does tend to produce different flavours. The flavours and quality of staves vary widely from stave producer to producer. Poor quality staves tend to have the flavours sit very intensely on the nose of the finished wine but lack follow through on the palate. Good quality staves, when applied properly, can integrate very well and can be difficult to tell apart from barrels.

This section of oak runs by many names. They are smaller than staves but usually larger than dust. They can be cut up staves, beans, cubes, chips or spirals, and they usually come packaged in an infusion bag similar to that of tea (only larger of course). These are great for quick infusions of oak, but when used too liberally can have the same problem as staves where the oak sits on the wine but never integrates. They can be useful for reviving older barrels but can be difficult to work around if lees stirring is part of your winemaking style. Like most things, a little bit goes a long way!

Oak can add significant dimension and depth to a wine. It can increase complexity or it can overwhelm the fruit and drive the style. Many winemakers I have worked with have used the phrase “the oak respects the fruit.” This means that it complements it, does not overwhelm the fruit and enhances the overall quality of the wine. This is the holy grail of a wine and oak marriage.

When one assesses oak quality, what a winemaker is looking for is this harmonious blending of grape and wood. This is why oak integration is such an important factor in determining the inherent quality of a wine. Understanding how a wine will react to oak is the task of a winemaker. Understanding why the winemaker did what they did is the task of the consumer.  Either way, it can be enjoyable to find out.