Is England the next big sparkling wine region? 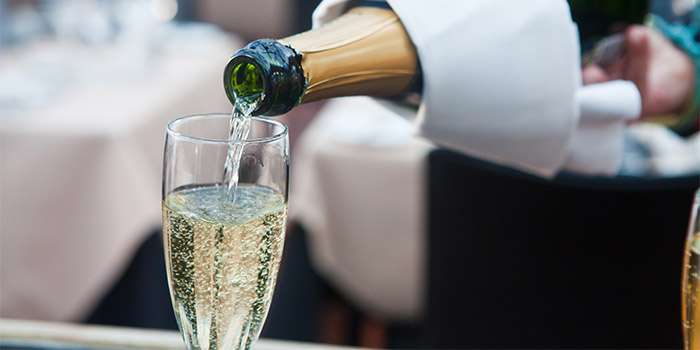 In the United Kingdom and Europe, English sparkling wine is taking wine shelves, newspaper columns and wine enthusiasts by storm. So much so that I accompanied two of my corporate clients to the picturesque Surrey and Hampshire vineyards in the south of England last year. In previous years they had requested a visit to Champagne.

It’s not difficult to see why English sparkling wine, or ESW, is so popular. For starters, it’s regularly beating Champagne at international tasting competitions, much to the annoyance of the Champenois!

With about 2 000 hectares (4 940 acres) under vine, England now boasts about 460 vineyards and 125 wineries, producing about 6 million bottles of wine a year. Not surprisingly, two-thirds of this total is now sparkling wine. The sector keeps expanding year on year with the “Champagne grapes” chardonnay, pinot noir and pinot meunier now accounting for over 50 per cent of total varietal plantings, and growing.

For the record, the most northerly commercial vineyard is near York in Yorkshire. Denbies in the beautiful Surrey hills is the largest vineyard covering an amazing 106 hectares (265 acres), making it one of the largest single vineyard estates in Europe.

The number of countries enjoying English sparkling wine has increased by a third over the past year and ESW is now exported to 27 countries, including the United States, Japan, Taiwan, France, Italy and the Scandinavian countries.

“With major producers on track to deliver a tenfold increase in exports, we could soon be tapping into more countries”, boasted one winemaker. His confidence is well founded as multi-million pound investment is pouring in. In what was once a cottage industry, immaculate, well managed vineyards and shiny, temperature controlled stainless steel wineries are now the norm.

Champagne may still be the bubble to beat, but England is similar to the king of sparklers in so many ways. England’s chilly, northerly climate is similar to the Champagne region in north-east France and, what’s more, Champagne’s famous chalk soils slide under Paris, dip under the Channel and emerge in the south of England … the white cliffs of Dover and all that?

It doesn’t stop there. The grape varieties are the same, namely pinot noir, chardonnay and pinot meunier, while English sparkling wine is made in exactly the same way as Champagne with a second fermentation in the bottle. Here a pinch of sugar and a touch of yeast are added to a dry, still white wine before the bottle is sealed. The yeast reacts with the sugar to give a little more alcohol and carbon dioxide gas – the fizz. This gas builds up in the sealed bottle and, as it can’t escape, becomes an integral part of the wine. Hey presto – we have English sparkling wine!

So, you can see why for me, English sparkling wine is the ultimate Champagne lookalike.

My favourite English sparklers? I have plenty but look out for Hambledon, Exton Park, Ridgeview, Nyetimber, Gusbourne, Camel Valley, Coates & Seely, Wisto … The list goes on.