How wine is adapting to the climate crisis

The Wine Friend on November 2, 2021 under News/Nuus 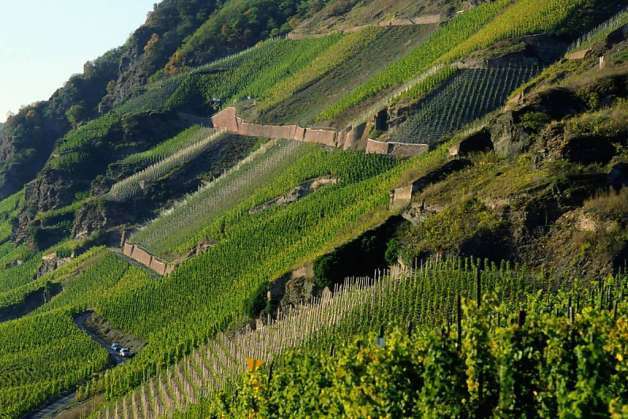 Our changing climate is forcing winemakers to adapt with earlier harvests and hardier grapes.

Few could fail to be shocked by the apocalyptic scenes of wildfires raging around the world. When homes and lives are at stake, the survival of vineyards might not seem that important, but they too represent livelihoods and families that go back generations. And even without tinderbox conditions, temperatures in the 40Cs don’t suit wine, which means that climate change is presenting a massive challenge for the industry.

Many don’t have a choice, but bigger estates can, and do, look for cooler sites. In Argentina, for example, vineyards are being established progressively higher up the Andes, while in Chile, winemakers are pushing farther towards the coast for much the same reason.

It’s not just a question of daytime temperatures, but the divergence between day and night. Cool night temperatures help to keep vines in balance and preserve freshness and acidity. The reason Rueda in the north of Spain is a successful white wine region, for instance, is that although day temperatures in summer can be in the high 30Cs, at night they can drop back as low as 11C or 12C. This year, however, even wine-producing areas with a reputation for moderate temperatures have suffered. Oregon in the US, for example, which is noted for its subtle, silky, Burgundian-style pinot noirs, has hit the mid 40Cs this summer.

Other options open to winemakers are replanting with grapes that can better stand the heat, such as grenache and Portugal’s native touriga francesa and touriga nacional, which is now permitted for use in Bordeaux, or, if that isn’t an option, varieties that typically ripen earlier, such as pinot noir précoce.

In fact, early picking is becoming increasingly commonplace with harvests now taking place several weeks before they used to. Or indeed later: “Normally, we pick fetească around 30 August, says Philip Cox of the giant Romanian winery Cramele Recas. “But this year it was around the 25th in the west of the country, which was super-warm, and after 5 September in the east, which was cool and damp.” Some winemakers are even leaving grapes shaded rather than exposing them to the sun and adopting gentler pressing and other processes to avoid extraction. Night harvesting, to name just one, has been common for years.

And, of course, there are a few beneficiaries of the warmer temperatures, such as the UK, whose climate is arguably now better suited than even Champagne to making sparkling wine, although admittedly some years can be a washout. Floods, however, are a whole other story.