How red wine is made 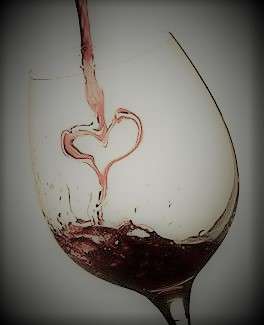 Wineries make red wine today much the same way they did 6,000 years ago in Greece and Persia. Dark-coloured grapes are harvested, crushed, fermented, stirred and separated from the skins by a press. Voila! Red wine.

Better containers, presses and cellars have increased quality and efficiency of red wine production many times over, but it’s still essentially a simple process. Red wine production requires no cooking or ingredients besides grapes, yeast and, usually, sulphur dioxide as a preservative. 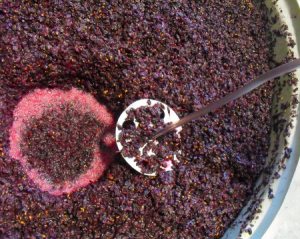 Red wine is made like white wine, but with one major difference. Generally, it ferments with the grape skins and juice combined in a tank or vat. White wines are pressed before fermentation, separating the juice from the skins.

The skin contact in red wine production allows colour, flavour and textural compounds to be integrated into the juice, while the yeast converts sugar to alcohol. The skins contain most of the good stuff that gives red wine its colour, while the pulp mostly provides the juice.

Harvesting and the crush

Red wine grapes are ready to harvest in late summer to early autumn, several weeks after the initial green colour of the grapes has turned to dark red or blue-black, a period called veraison.

Vineyard crews cut the grape bunches or clusters from the vines. That’s either done by hand or a machine that shakes or slaps the grapes off their stems and collects the individual berries and juice.

Delivered to the winery, winemakers can also sort out mildewed grapes, unwanted raisins, leaves and debris. Clusters then go through a destemmer/crusher that removes the whole grape berries from the stems and may squeeze them slightly to get the juice flowing. Any juice created at these stages prior to pressing is known as free run. Machine-harvested grapes are already ready to ferment.

Routinely, many add a measured dose of sulphur dioxide at this stage, and also later, to kill unwanted microbes and minimize oxidation.

The combined juice, skins and seeds is known as must. Some winemakers cool the must for a day or two, a process called cold-soaking, to extract colour and flavour compounds from the skins before any alcohol is created.

After this, some winemakers add commercial yeast to begin fermentation while others let the native yeast that clings to the grapes or exists in the cellar’s atmosphere start the fermentation. Either way, yeast cells come to life in the sweet solution and begin to convert the sugar into alcohol, heat and carbon dioxide.

A cap of skins forms atop the must. This cap needs to be blended back into the juice at least once per day, but often more during the fermentation process to keep it moist.

This process releases carbon dioxide, allows oxygen uptake, speeds extraction from the skins and manages the heat, which can exceed 100ºF if not monitored.

Winemakers stir the must or wet the cap by different methods. The juice can be pumped over the cap, the cap can be punched down, or the juice can be drawn off the solids and used to re-soak them (rack-and-return).

Winemakers transfer the must into wine presses which separate the skins and seeds from the wine and squeeze the skins to coax out what is known as pressed wine. How hard to press the must is a key winemaking decision. Too hard and it brings out harsh tannins. Too soft and it might leave the wine lighter in colour and texture. 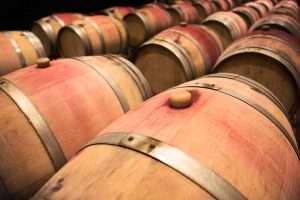 Almost all red wines need to age before being bottled and sold. The process can take from a few months to a few years in big tanks, but oak barrels and vats are preferred for high-quality, traditional-style red wines.

Usually malolactic fermentation occurs during maturation, a process that converts the wine’s tart malic acid to softer lactic acid. It can occur naturally, however the winemaker can also encourage it by adding a malolactic culture.

Winemakers use barrels to impart aromas, flavours and texture to the wine. New barrels give more intense spicy aromas and enhanced flavours, while neutral vessels like barrels that were used previously or containers made from concrete or clay are valued mostly to smooth a wine’s texture.

French oak barrels are thought to lend a more complex and subtle array of spices, while American white oak barrels are favoured for many wines  for their generous vanilla and coconut nuances.

Red wine is clarified during the maturation period by racking, fining and filtering. Sediments like dead yeast cells and tiny bits of grape skins settle out of red wine while it ages. These form a mucky layer at the bottom of barrels and tanks. Racking is the process of pumping or siphoning the now-clear wine off the sediment, which can be discarded.

Winemakers may adjust red wines that taste too tannic or appear hazy with a process called fining that utilizes the binding abilities of egg whites, isinglass or bentonite clay. These agents gather unwanted substances and then fall to the bottom of the tank or barrel.

Blending is an important step to make red wine. The winemaker can add complexity and perfect balance by blending together wine from different barrels and tanks. 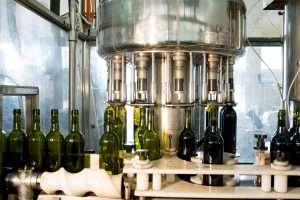 A final adjustment of sulphur dioxide is often made just before a wine is bottled. This is the process that’s changed the most since ancient times when gourds, goatskins and clay jars were the most advanced packaging materials. Oxygen is removed from the empty bottles before they’re filled with wine, corked and labelled.

Today’s winemakers have many more options, techniques and technologies than their ancient predecessors. But the object is still the same: to take sweet grapes and allow yeast to transform them into an enjoyable red wine.