Cathrine Todd on February 4, 2020 under Focus/Fokus 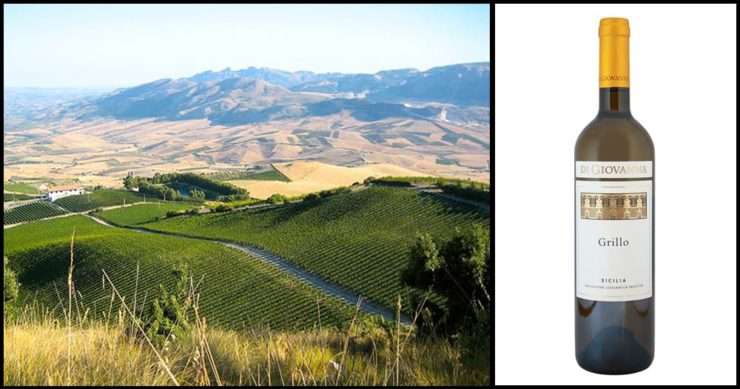 One can travel all over Italy and still have no sense of Sicily, as Sicily is like no other place. It is probably one of the most diverse regions in Europe with not only a long history of a multitude of conquerors, but to this day, an evident openness to various cultures. This open attitude towards diversity is expressed by the architecture, food and wines along with the sea of faces ranging from pale skin and blond hair to Mediterranean olive skin and brown curly hair to dark skin and woolly, black hair.

Sicily offers a beauty that is multifaceted and complex. It is the only place that I can think of that would place so much of their quality white wine focus on a grape variety such as grillo.

Although Sicily is sometimes thought of as just another Italian wine region, when it comes to wines, it could be considered its own continent. The range of soils and climates, as well as grape varieties, makes Sicily not so easy to understand with regard to wine unless one devotes a significant amount of time dissecting it. In fact, according to Antonio Rallo, president of the Consiglio di Tutela that supervises the DOC Sicilia, there are 76 autochthonous (indigenous) varieties currently in production in Sicily, so their choice of picking grillo as the white wine they promote to the world gives an insight into some deep core Sicilian beliefs.

Over the past few years grillo has been spoken about a lot, but it always seemed like it was an ancient Sicilian white grape variety that was finally getting the focus for its quality wine potential – but that is actually not the case. In the beginning of May 2018, Master of Wine Robin Kick revealed that it was an intentional crossing of catarratto bianco and zibibbo (Muscat of Alexandria) in Agrigento, Sicily, in 1869 by Baron Antonio Mendola, an agronomist and expert of grape varieties, with the first grapes appearing in 1874. Even some Italian grape variety experts are lacking this knowledge and have previously incorrectly hypothesized that it is an indigenous variety of Puglia. Some experts realized it was a crossing but did not know it was an intentionally human-created one. Robin Kick, however, was sent a copy of the document that proved it was created by Baron Mendola.

Grillo benefits from the aromatic complexity of zibibbo and the fresh acidity of catarratto bianco. It is a variety that is more resistant to disease than catarratto bianco and so it usurped many of the catarratto plantings after phylloxera (the pest that devastated many European vineyards) in the late 1800s. But after World War II, grillo had a dip in popularity as other varieties that produced higher quantities were favoured since there was such a huge demand for wine across Europe during that time.

Historically, the grape variety grillo was mainly known in Sicily as one of the varieties that made Marsala fortified wine. Despite Marsala being known as a cooking wine to the rest of the world, those who have been long-time Sicilian wine connoisseurs considered the best Marsala, which many of us don’t see on our own markets, on par with the greatest fortified wines in the world, such as Madeira. And so through time, as Sicily started to focus less on quantity and more on quality (40% less vineyards today and very low yields with an average of 50 hl/ha noted by Antonio Rallo), the leaders in the Sicilian wine world decided that a focus on grillo would be part of their plan to raise Sicily’s wine quality. 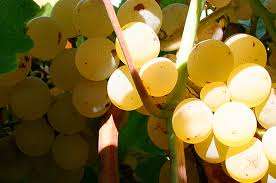 Today there is an array of grillo wines that range from herbaceous to fruity to perfume notes and can be light and bright or big and rich. Some may seem more like sauvignon blanc, others like viognier, and many a combination of both. Sicilian wine producers have been able to identify two biotypes (aka clones) that are labelled A and B to make things simple, yet there are quite a few grillo vines that are not identified as either and so they are still discovering this variety’s potential.

Sicily’s belief in grillo is so strong that, as of 2017, the variety can only be noted on approved Sicilia DOC bottles.

The protection and promotion of Sicilia DOC wines by the Consorzio di Tutela Vini Doc Sicilia has been evident since its establishment in 2012 by the Assovini Sicilia (a group of small to large size wine producers). Not only was there an increase of 9.96% of bottles purchased that had Sicilia DOC on the label, but also an increase of 21.81% of bottles mentioning Sicily at all (figures comparing 2016 to 2017 sales).

Grillo is part of Sicily’s wine success story, seeing a sales increase of 23% for wines that mention the variety. And that commitment to excellence will only accelerate in the future as they study new local strains of yeast that could potentially improve wine quality and find more autochthonous (indigenous) grape varieties that go way beyond the 76 currently in production.