Drinking wine may help you live more than 90 years! 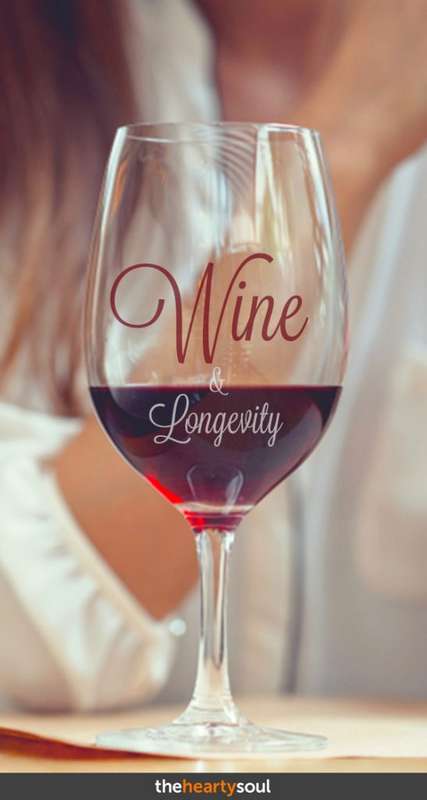 Wouldn’t it be great to live forever? Well, maybe not forever, but at least long enough to see your grandkids grow, or maybe even some great grand kids. Not many people are lucky enough for that to happen, but recently, more and more people seem to adding more candles to their birthday cakes. So why are we living longer than generations before us? The answer isn’t as simple as black or white – or should we say red or white.

While it’s true that we’ve made huge jumps in medicine that has done a great deal on keeping us healthy and living longer, but that’s not the only thing keeping us going.

So what’s the secret to us living longer? The study, appropriately named the 90+ Study, began in 2003 in the hopes of studying the oldest-old which is becoming the fastest growing age group in the world. The initial participants of the study were part of another study called The Leisure World Cohort Study (LWCS) which began in 1981. Leisure World was a large retirement community in Orange County, California and the 14,000 participants were mailed surveys that they filled out.

Using the information from the 14,000 participants of the LWCS, researchers from the 90+ Study were able to ask: “What allows people to live to age 90 and beyond?”

The goals of the study were to:

By the glass or by the bottle?

Ok, so drinking wine can help you live longer but that doesn’t mean that you should start finishing bottles with dinner. The key here is moderation, because too much of anything can be a bad thing. If you’re not sure how much alcohol counts as moderation, according to the Mayo Clinic for healthy adult women and men older than 65, moderation is one drink. For men under 65, it’s two drinks. But these aren’t heavy pours; a standard drink is 12 fluid ounces of beer, 5 fluid ounces of wine, or 1.5 fluid ounces of distilled spirits.

Moderate alcohol consumption has been shown to have some health benefits, including:

So enjoy a glass of wine with dinner once in a while, or pour yourself a beer after a long day at work. Just make sure not to go overboard, because overconsumption of alcohol can lead to some very serious health issues.

Hazardous binge drinking has unfortunately become the norm, even though it’s been known to be hazardous for our health. So how can alcohol help us live longer if it’s hurting us? Well one part of the answer is moderation, but also exercise.

A study that was published in the British Journal of Sports Medicine looked at how exercise can offset the negative effects of hazardous drinking. Senior author of the study, Dr. Emmanuel Stamatakis, and his colleagues looked at data collected from health surveys from England and Scotland and then separated their 36, 370 participants, all over 40 years of age, into 3 groups.

The groups were split into those who were not very active, those who got a moderate amount of exercise, and those who exercise the most. It then looked at how much alcohol the people in each group consumed.

Calculating 5,735 total deaths over an average follow-up period of nearly 10 years per person, the researchers discovered that compared with lifelong abstinence from alcohol, drinking at hazardous levels was linked to a heightened risk of death from all causes. They also observed that the more drinks had in a week, the greater the risk of death from cancer.

But when they factored in the weekly recommended amount of exercise for adults (150 minutes of moderate aerobic activity), they found that it “appeared to wipe off completely” the larger risk of cancer deaths due to alcohol. Exercising also offset the risk of all-cause mortality related to alcohol.

Since Stamatakis’ study was only observational, it can only imply a relationship between exercise, alcohol consumption, and the health benefits. But it does show how important being physically active is for our health.

One thing is for sure, the next time you feel like a glass of wine, consider going for a run first.