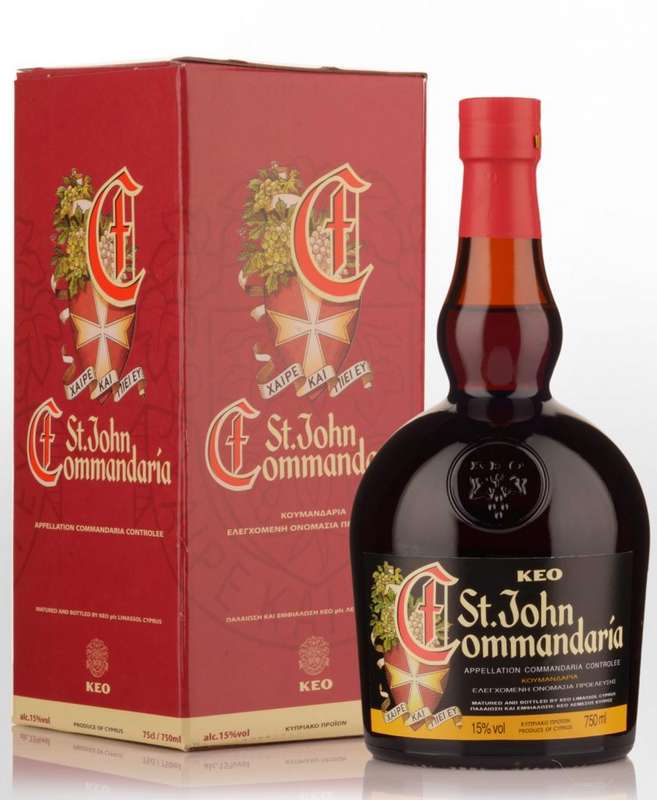 What’s the oldest kind of wine still in modern production? If you answered Commandaria, I’m impressed. I had never heard of such wines until a few weeks ago when I attended a Smithsonian Resident Associates lecture about the cuisine of Cyprus.

Commandaria is a sweet dessert wine with a dark amber to light brown colour and an intriguing taste that starts like honeyed raisins and figs and ends like coffee. It reminded me somewhat of Hungarian Tokaji wine, while the woman next to me said she found it pleasantly similar to Portuguese Madeira.

I learned that Commandaria’s history dates back at least 3,000 years, although it was called Mana for much of that time. The ancient Greeks drank it at festivals celebrating Aphrodite, the goddess of love, who, according to myth, was born from the sea foam on the shores of Cyprus. The wine’s modern name can be traced to the 12th and 13th centuries when the Knights Templar and Knights of St. John established a headquarters (commandery) in the growing region and began to produce and export the wine commercially. Commandaria proved so popular with European palates that it is said to have been served at King Richard the Lionheart’s wedding, and to have won what was perhaps the world’s first wine-tasting competition in France.

Commandaria is made from two kinds of native grape varieties which I’d also never heard of before — white Xynisteri and red Mavro — which are partially dried in the sun to concentrate the juices before pressing and fermentation. By law, Commandaria wines must be aged for at least two years in oak barrels, but many of the best are aged for a decade or more.

Although its international popularity faded in the centuries after the knights lost power, Commandaria has been staging a comeback in recent decades. The name has been given “protected designation of origin status” in the European Union, the United States and Canada, and there is an official Commandaria wine region in southern Cyprus.