Chenin blanc: The most underrated white wine grape on earth?

Jancis Robinson on June 18, 2021 under Focus/Fokus

Chenin blanc may well be the most underrated white wine grape in the world. It makes wines high in acidity that generally take a while to unfurl and show their mettle. But with time in the bottle, the wines can hold their own with the finest white wines in the world and, crucially, continue to improve for decades – a real sign of quality.

The French home of chenin blanc is Vouvray in the Loire Valley, and in the old, cold days before French summers warmed up, young Vouvrays could be rather hard work. The more commercial producers deliberately ensured they contained a bit of sugar to counterbalance the sourness, which meant that many wine drinkers – the anti-sugar brigade – didn’t take Vouvray or chenin blanc seriously. 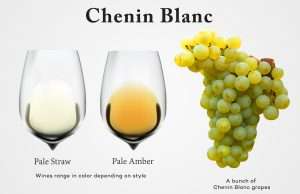 South Africa has even more chenin blanc planted than the Loire – in fact it is the most-planted grape there. This did nothing for its reputation towards the end of the last century when many South African wine producers regarded it simply as a workhorse grape and were often inclined to replace it with a more fashionable, more recent French import such as sauvignon blanc or chardonnay.

But over the last 20 years there has been a revolution in how chenin is perceived in South Africa. Wine producer Ken Forrester played a major part in that. When he bought an established wine farm in Stellenbosch in 1993 he, unusually, refused to rip out the chenin and has been nurturing the reputation of South African chenin ever since.

“I certainly had no idea of how chenin could and would go on to rewrite the playbook for South Africa,” he said in an email when I quizzed him about the recent history of Cape chenin. “I’m so thrilled to see all the brilliant wines and to meet the next generations of young winemakers who simply seem to take chenin for granted. They don’t know that the market wasn’t interested in chenin. They never heard my neighbour back in the late 1990s who, not so jokingly, said to me: ‘If you think you can afford to use French oak on chenin, you’ll have to use your return ticket and go back to Johannesburg!’ It seems these younger guys and gals simply assume it’s always been the go-to grape for excellence. It’s truly a modern-day fairytale come true!”

At about the same time Bernard Germain, with whom Forrester had interned in the late 1990s, came out to be keynote speaker at a chenin symposium arranged by Forrester in South Africa. Germain sowed the seeds for what was to become one of the country’s most famous wines, the Sadie Family’s chenin-based blend Palladius that put the unirrigated bush vines of the inland wine region Swartland on the map.

“I remember Eben Sadie attending and his words to me that day. He said he was so excited that he almost wanted to flip the table and scream!!’

So well-established is chenin blanc now with South Africa’s top wine producers that 45 of them attended the first international congress devoted to the grape held in Angers in the Loire in July 2019. They were able to escape their winter to head to the northern hemisphere to compare the two countries’ renditions of this overlooked grape. 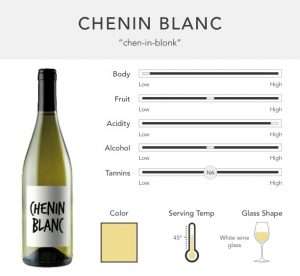 Many of the finest and (now) most admired South African wines are based on chenin blanc, particularly on the country’s rich legacy of old bush vines. It’s now easy to spot these wines thanks to the special Certified Heritage Vineyards seals on bottlenecks, awarded by South Africa’s Old Vine Project. It has recorded nearly 2 000 ha of chenin blanc vines that are over 35 years old, some of them as old as 80!

Whether it’s the vine age or the warmer climate, South African chenins tend to be a little bit fleshier and earlier-maturing than those of the Loire, but they too can continue to evolve in bottle for 10 years easily and some of them for 20 – a real sign of wine quality. Eben Sadie says even his debut vintage 2002 is still in fine fettle. (Many 2002 white burgundies, for instance, are looking very frail.)

I’ve been thinking a lot about chenin recently because, spurred on by a request from a reader, I have just tasted 40 chenins, from 2019 back to a stunning 2002, made by a master of the grape in the Loire, the splendidly named Jacky Blot of Domaine de la Taille aux Loups..

He didn’t need to wave a flag for chenin in his home territory; it had long been revered as the grape of choice. His flag-waving was for his appellation. Montlouis is the smaller neighbour of Vouvray and had always been regarded as inferior to it. But Blot has worked so hard and with such consistently fine results that he has become one of the most admired producers anywhere.

In 1988 he bought 8 ha of old vines in top sites in Montlouis and has slowly expanded so that the Domaine de la Taille aux Loups now has 45 ha of 20-to 100-year-old chenin blanc vines, some of them now also on choice sites in neighbouring Vouvray. He was a pioneer of hand-picking (not so common in the Loire nowadays), organic viticulture, painstaking rejection of grapes not up to scratch, and fermenting and ageing his tight, tense chenin in mostly old oak barriques in his cellars hewn into the local rock. All of these techniques have since been widely adopted, but in the 1990s they were groundbreaking. He not only makes long-lived, still expressions of each of his vineyards, but also some of the best-value sparkling wines in the world.

The Loire and South Africa may be the only places where chenin blanc is taken really seriously, but it is grown around the world where there are odd pockets of chenin love, such as The Millton Vineyards in New Zealand and in California, where Clarksburg in the Delta and Jurassic Park Vineyard in the Santa Ynez Valley are famous for their old chenin vines, and the variety is exciting some long-overdue interest among new-wave producers.

Chenin blanc is also one of the most versatile wine grape varieties. Like chardonnay, chenin makes great sparkling wine. The high acidity helps. Like sauvignon blanc and sémillon, it also makes top-quality sweet wine. I can’t think of any other grape variety from which such a wide diversity of wine styles can be made.