Burgundy versus Hemel-en-Aarde: And the winner is ….. pinot noir! 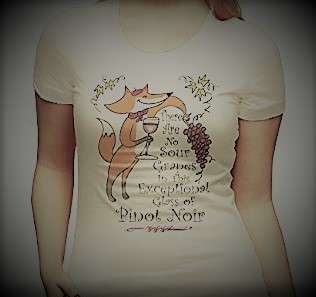 Pinot noir has been described as “the most romantic of wines, with so voluptuous a perfume, so sweet an edge, and so powerful a punch that, like falling in love, they make the blood run hot and the soul wax embarrassingly poetic.” It has also been called “sex in a glass”.

Incidentally, the experts tell me that when young, pinot noir wines usually show off red berry and fruit flavours, such as strawberry, cherry and raspberry. With age, they grow more complex, with bramble, mushroom and spice flavours developing. Planted all over the world, the best pinots are produced from vines planted in limestone-rich (calcareous) clay soils, which tend to drain easily, meaning vines have to struggle to burrow deep for water and nutrients, essentially concentrating flavors in the grapes. Most winemakers say that all they have to do is usher it from vine to bottle, and not mess anything up. If they succeed, the result can be a stunning light-to-medium bodied red – elegant, powerful or finesse-driven, that will taste great young, and will develop gorgeous complexities over a decade or more in bottle.

Many years ago while working on an article about the wineries and wines of the Hemel-en-Aarde Valley outside Hermanus, my wonderful journey into wine took me to a “place” called pinot noir, and I fell head over heels in love … again! Back then Hamilton Russell, Bouchard Finlayson and Newton Johnson were the wine estates that enthralled my taste buds with their pinots and made me realise (again) that wine is not a destination but a wonderful journey of discovery and exploration.

In August last year I had the privilege of visiting France with my wife, a trip that included Burgundy, the home of pinot noir, and I sampled some of the world’s best pinot noirs near Dijon, Fixin and Baune. My most memorable wine tasting here – and believe me, all of them were very memorable – was at Clos St-Louis near Fixin north of the Côte de Nuits and 8 km south of Dijon where the charismatic owner/winemaker Phillipe Bernard first took me to see his pinot noir vineyards and then his cave à vin (wine cellar), from the production side of

the business to the ageing cellar, after which we sat down for a tasting of his wines, including 4 of his superb pinot noirs. We started with the Marsannay <<Sampagny>> 2016 with its floral aromas of violet and peony and fruity aromas of blackcurrant and cherry, and the Fixin “L’Olivier” 2016 which showed off a slight woody character and lovely aromas of bitter cocoa, vanilla and morello cherry. Then we moved a step up to the Gevrey-Chambertin 2016, described by Philippe as “massive and yet velvety, its tannins giving it a solid, powerful and long-lasting material and stature.

A wine for predators, it opts for game because of its gamey notes”.

But all good things come to an end, and this one ended with Clos St-Louis’ Fixin 1er Cru “Hervelets” 2014 with its bouquet divided between floral notes like violet and peony, fruity flavours like blackcurrant, sour cherry and quince, and musky and peppery aromas.

Incidentally, the location of each vineyard determines the terroir and hence the name of the wine. Clos St-Louis has 19 hectares under vine owned and/or farmed in Burgundy, Marsannay, Fixin, Fixin 1er Cru, Côte de Nuits and Gevrey Chambertin.

When we left France, I had just one mission in mind: to compare these marvellous wines with the best South African pinot noirs. There are quite a number of local pinot noir producers, and although I have enjoyed numerous very drinkable and enjoyable ones, the truly outstanding pinot noirs are in rather short supply.  I vividly remember Philippe mentioning Hemel-en-Aarde (his pronunciation had me utterly confused initially!) and Elgin as examples of good South African pinot noirs. Apparently he was on a panel tasting pinots from all over the world last year as part of “a secret project”! I did not ask.

My “mission possible”, to find local pinots that compare with Burgundy’s, happened early this year during a visit to Hermanus. If Philippe Bernard, one of France’s top pinot noir producers, believes some of SA’s best pinots come from this area, I simply had to revisit it and find out for myself. I was given the names of five producers in this valley by colleagues who probably know more about pinot noir than I ever will, namely Hamilton Russell, Bouchard Finlayson, Newton Johnson, Ataraxia and Creation.

It was yet another journey into wine not to forget. From the complex fruit flavours of ripe cherries and plums, vanilla oak and spices of the Hamilton Russell offerings and the cherries, violets, strawberries, plums and spices of Bouchard Finlayson’s pinot noirs to the blueberries, black currants, raspberries and Turkish delight of the Newton Johnson wines, it was a journey of pure delight.

And the journey of joy continued with Ataraxia’s red cherries, pomegranate, spices and whiffs of vanilla oak and ended with the cherries, plums, mushrooms, dried fruit, raspberries and spices of the pinot noirs of Creation.

As Anthony and Olive were overseas marketing their superb wines, it was up to Hamilton Russell Vineyards winemaker Emul Ross to spoil me with a tasting of the estate’s 2016 and 2017 vintages, and then he made my day by letting me taste the two components for the 2018 vintage as well as a blend of the two! And people dare call this work!

At Bouchard Finlayson I was privileged to be “entertained” by the man himself, Peter Finlayson, who teased my taste buds with the 2012 and 2017 Galpin Peak Pinot Noirs and the 2014 Walker Bay Pinot Noir. And then he crowned this exceptional experience with one of my all-time favourites, the Tête de Cuvée from the 2017 vintage! If I were a rich man …

Newton Johnson’s 2018 Felicité, a slightly oaked version of this Burgundian masterpiece, was followed by their 2016 Walker Bay Pinot Noir and the 2017 Family Vineyards version … and I walked away with a mixed case! Then it was the 2016 Ataraxia Pinot Noir’s turn to put a smile on my dial, and finally it was Creation’s turn to put the cherry on top of a perfect wine day.

Jean-Claude (JC) and Carolyn Martin have created a truly magnificent gastronomic experience in the upper part of this valley with excellent cuisine and fine wine … and stunning views.  JC decided to do me the honour of handling the pinot tasting himself and we settled on the “stoep” outside the restaurant. We kicked off with Creation’s 2017 Emma’s

Pinot Noir, followed by the 2017 and 2016 versions of their The Art of Pinot Noir, and ended with the Creation Reserve Pinot Noir 2015.

On the way back to town, I pondered the BIG question: Which region produces the best pinot noir, Burgundy or Hemel-en-Aarde? I give up! As far as I’m concerned, pinot noir is the winner, hands down!

This “job” is getting more enjoyable by the day!