Benguela’s Catalina has landed … with a ‘squadron’ of other ‘high-flyers’! 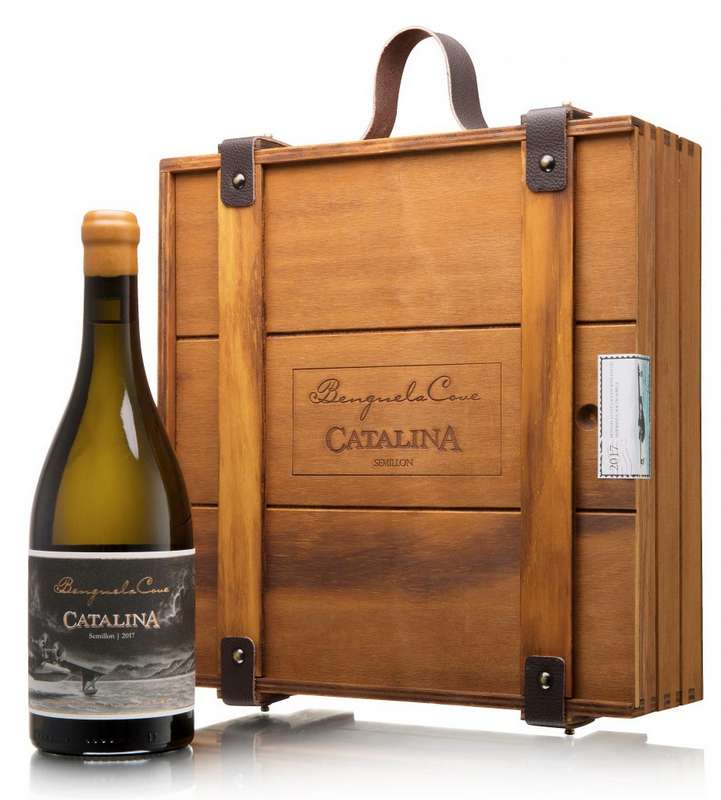 The long-awaited SA 2019 Platters five-star achiever, Benguela Cove Catalina Semillon 2017 (pictured above), was launched with great fanfare at the Benguela Cove Lagoon Wine Estate near Hermanus.  At the same event, the estate’s new artisan range, Vinography, also made an appearance, as well as its latest vintage releases.

“What makes Benguela Cove an exciting wine estate to work with, is its great diversity of soil and slopes and the variety of cultivars planted here,” says Johann Fourie, winemaker and cellar master. “An added bonus is the close proximity to the ocean that ensures a cooling effect with welcoming breezes to keep the vineyards healthy and disease free.”

This Semillon is made from a 0,9 ha single vineyard and celebrates exceptional quality while honouring the land on which the Benguela Cove Lagoon Wine Estate is built. The wine is named after the long-lived flying boat that was on lease to the Royal Air Force and operated from the Bot River lagoon during the Second World War. The Catalina was used for coastal patrols and aerial support of the allied convoys carrying supplies between Europe, Africa and the East. The Bot River lagoon was set up as an advanced emergency base in February 1943 and remained in full operation until February 1945. Of the fourteen RAF men stationed at the base, three returned after the war and married South African ladies. As abiding as its namesake, this Semillon has an ethereal quality with an incredible aging potential that evokes a sense of nostalgia.

The potential of this semillon vineyard was affirmed by its trajectory of success including 93/100 points from Tim Atkin, gold at the International Michelangelo Wine awards and collecting five stars in Platters for its maiden vintage release. It is produced from a south-east facing vineyard that has been a champion at the SA Young wine show for consecutive years.

“This is our flagship white wine and captures the Benguela Cove philosophy,” says Fourie. “It highlights a winemaking style that boasts structure and depth, chiseled with cool climate elegance. Catalina is the epitome of a wine created to improve with age, hence something to look forward to every year.”

The wine allures with complex aromas of sweet pea sprouts, lime leaves, lemongrass, quince, orange blossom, white lily and fynbos. All these nuances reveal a remarkable fruit purity that lingers on the palate, etched with oyster shell minerality and integrated acidity. Only 1400 bottles were produced and the wine is sold on allocation only in a series of three bottles for each allocation.

Vinography consists of a Sauvignon Blanc 2017 and Chardonnay 2017. Both received 4 ½ stars in Platters. A Petit Verdot completes the range as a single varietal red.

Vinography was created with the intention to share something special of the estate with loyal followers. Wine club members have the privilege to buy these limited releases. It highlights special parcels (that can change every year) that involved different techniques in the vineyards and in the cellar.

“We want to share these learnings with the public and invite them in on this journey to discover the Benguela Cove Estate.  Vinography represents a journal or diary for the estate, hence the name, capturing the ongoing process. One can never become complacent. If you don’t try something, you might never know what the outcome could’ve been,” adds Fourie.

Fourie convinced a cooper to create barrels made from French oak, but to replace the heads with acacia that adds a sweet and almost bohemian character to the wine. It is made from a mere one-hectare, south-facing vineyard with clay-rich subsoil. Only 400 bottles were made. This Sauvignon Blanc seduces wine lovers with an exotic twist, distinctively bold with luscious aromas of papaya, lemon, pineapple and hints of fynbos. Albeit expressive, the palate is tuned with a refined chalky texture, plenty fruit weight and racy acidity. A flinty character persists to balance the creaminess, adding a pleasant and lingering after taste.

“I took great enjoyment in creating this wine ­- a great example of how we can push the boundaries.”

This Chardonnay is made from a 1,77 ha west-facing vineyard grown on weathered shale. Only 400 bottles were produced. Stately and profound, the fruit purity is balanced with a 100% use of French oak barrels to dust its luscious core with nutty, ginger and cinnamon aromas. Layered aromas persist with everything from white peach, crème brûlée, lemon verbena and orange zest to entice the senses. It delivers on the promise of balance, structure, length, intensity and concentration, without being overt. A lingering saltiness adds finesse and completes the wine with varietal expression and class.

“To learn about this chardonnay vineyard, various clones were picked and vinified separately. This helped in shaping our learnings from diverse soil, slope and clonal variations.” 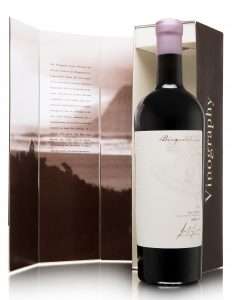 This Petit Verdot is harvested from a 0,95 ha north-east facing vineyard, mainly grown on decomposed granite. A combination of techniques honoured the intrinsic qualities of this traditional Bordeaux cultivar that is often hidden away in blends. Only 660 bottles were produced. This power of this wine lies in its elegance and the delicate nuances that define a sophisticated red wine. It delivers on a montage of red and dark fruit, hemmed with a gentle perfume of lavender, freshly pruned roses and hints of Turkish delight. To balance the fruit, oven-baked capsicum, graphite notes and a slight peppery note adds a savoury gloss.

“My continued faith in petit verdot nurtured a commitment that was concluded in this wine. Great care and focus have gone into this varietal for the past few years, aligning viticultural and winemaking techniques to achieve what is desired to meet our expectations for this quality-single varietal bottling.”