Bellingham’s The Bernard Series: A Celebration of a Pioneering Spirit 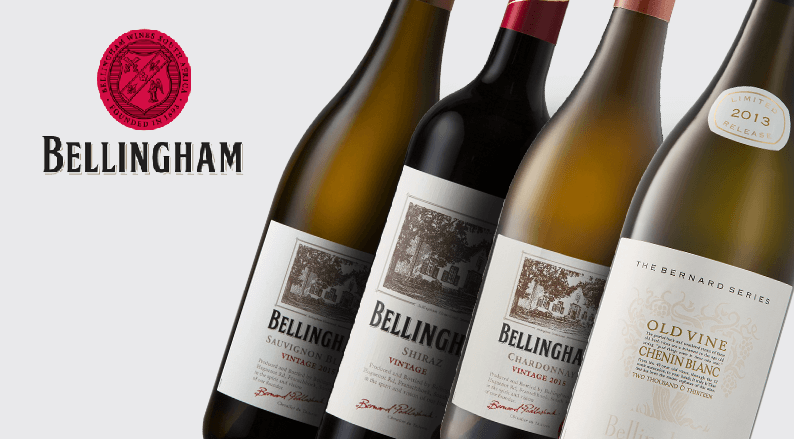 When the history of the South African wine industry is written one day, it will contain the names of many men and women who played a pivotal role in creating an industry that the country can be very proud of. Some of these names will ring a bell, some not. Some have become household names, others forgotten in the passing of time.

These were modest men and women, more intent on producing quality wine than personal PR. They are unknown to a new generation of wine-drinkers, but their contribution deserves recognition, and they are worth remembering.

One of these men is Bernard Podlashuk. Bernard who, you may ask? Well, if you have not had the privilege of enjoying a wine from The Bernard Series, read on. 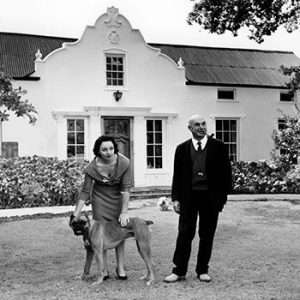 In South Africa’s fledgling wine industry, Bernard Podlashuk was an exotic transplant – a public school, ex-London socialite who had moved from Johannesburg to Franschhoek. He had been invalided out of the Air Force in the Second World War and with his wife Fredagh (who was even more exotic) raised the money to buy Bellingham by selling her diamonds. Pod, as he was known affectionately, cherished dreams of farming. He and Fredagh lost their hearts to Bellingham, a neglected farm with a dilapidated house – the holes in the floor were plugged with corks. Neither had farming experience. While Pod talked vines, Fredagh planned a rose garden, cows and chickens. Five days later the property was theirs. So were 100 chickens and two cows.

Given the jaunty tilt of his signature hat, it was appropriate that Pod notched up a hat-trick in wine. Confounding critics, he made the first South African rosé in 1949. The first bottle was sold at Cape Town’s legendary Café Royal and it became the farm’s best-seller – later outstripped by SA’s first extra-dry Grand Crû wine, Bellingham Premier Grand Crû, launched in 1951 to satisfy the Podlashuk taste for dry white. SA’s maiden Shiraz followed in 1956.

Pod was also the first local producer to commission a personalized wine bottle: the curves of the Bellingham Johannisberger (still SA’s top-selling semi-sweet) follow the lines of the Groot Drakenstein peak and the gable of the original cellar, dubbed Pod’s Folly by the owner-winemaker.

But the Bellingham story dates much further back than Podlashuks. It starts in 1693 when Dutchman Gerrit Janz van Vuuren and his French Huguenot wife planted the first 1 000 vines on the estate, then known as Bellinchamp (pretty fields). It then passed from family to family until 1943, when Bernard and Fredagh purchased it and replanted the farm to vineyards and travelled to France and Germany to do extensive wine research.

These three superb wines encapsulate the wonderful story of Bellingham in general and Bernard Podlashuk in particular: 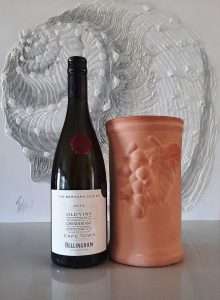 The grapes for this distinctive chenin blanc are hand-picked from characterful and genuinely unique old bush vines. It features vibrant tropical fruit flavours with hints of honey and oak spice on the finish.

Harvested at two ripening levels to add complexity, the grapes were hand-picked with a larger portion being 100% naturally fermented in barrel and foudre (a large wooden vat) which adds freshness to the wine. The barrels and foudre were individually cooled to the optimum fermentation temperature. This allowed for slower and longer fermentation that combined with the cooler climate enhanced the fruit expression in the wine and good integration between the wine and oak. After fermentation the wine was left on its lees and botonnaged monthly until blending and bottling. 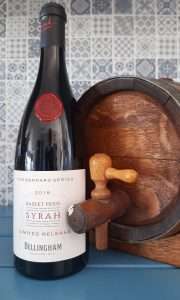 Made from fruit grown in low-yielding Stellenbosch and Paarl vineyards, the grapes were crushed in a small-batch basket press to preserve the natural dark berry fruit tinged with subtle fynbos and black and white pepper spices.

A powerful aromatic wine that is assertive yet delicate and refined, with ample cracked black and white pepper spice, hints of rich dark chocolate against a substantial red berry fruit foundation tinged with subtle floral suggestions of violets and dried indigenous fynbos. A generously structured wine with ripe tannins that promises further integration and complexity on cellar maturation for up to 10 years. This wine is particularly recommended with full-flavoured dishes like roast venison, aged fillet and rump steaks, spicy sausages or confit of duck. 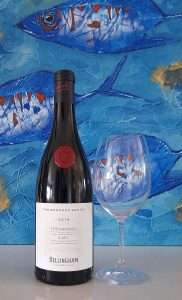 An intricate blend led by shiraz, with mourvèdre and viognier. Originating from selected Coastal Paarl Region vineyards, this wine features alluring black and red fruit on the nose and palate, layered with dark chocolate, winter spice, rose and violet.

Careful quality control included bunch selection at harvest followed by berry selection on arrival at the cellar. Natural co-fermentation between the shiraz, mourvèdre and viognier followed. The young wine underwent malolactic fermentation in French oak and was barrel-matured for a period of 14 months.

Deep ruby with a bright crimson rim. An entry of alluring black and red berry and cherry aromas layered with dark chocolate, winter spice, rose and violet on the nose carried through to an intricate intensely fruited palate that is both powerful and graceful. A long, full finish of good length and complexity. A great food wine that will match a variety of dishes including rosemary roasted lamb, chargrilled beef steaks, spicy sausages or tomato-based vegetable ragout.

Bellingham’s The Bernard Series pays homage to a true pioneer of the South African wine industry and celebrates his legacy.

For more information on Bellingham’s wine range, including the exciting The Bernard Series, call 021 876 2086 or send an email to hello@bellinghamwines.co.za, or visit www.bellinghamwines.com.