A stroll through Burgundy, from Aloxe-Corton to Chorey-Les-Beaune

John Downes on February 1, 2018 under Travel/Reis 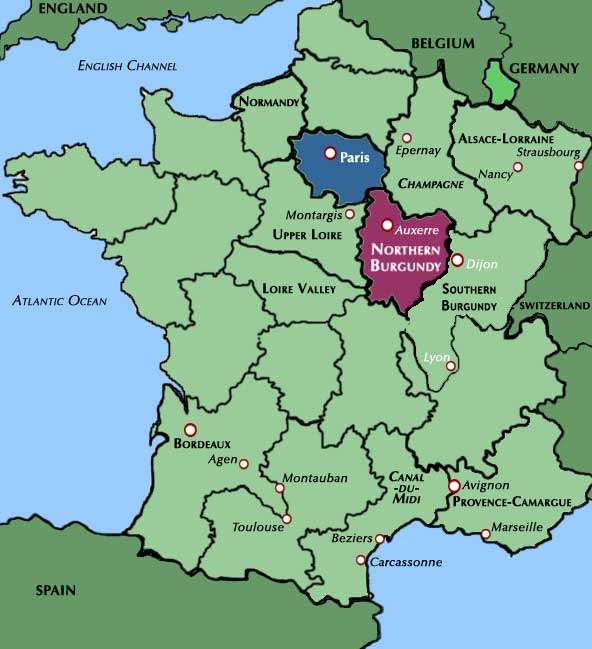 You know the scene. He walks into the wine bar, orders a glass of Macon Villages and spends the next half hour telling you he’s an expert on Burgundy. Well, don’t believe him, Burgundy’s hallowed vineyards hold mysteries far beyond mere mortal’s understanding. That said, the code to this magical region is there to be cracked! There’s no better way to discover le difference than to walk through the Cote de Beaune, the Cote de Nuits’ partner in the fabled Cote D’Or, (the Golden Slopes) past some of the most evocative village names in the world.

Join me on a stroll from Aloxe-Corton to Chorey-les-Beaune. Incredibly, we’ll be walking through some of the world’s most expensive real estate!

Burgundy’s myriad villages, vineyards, microclimates, soils, grand crus, premier crus, and winemakers not only send heads spinning, they send scepticism racing. I remember my early visits when I pooh-poohed differences in vineyard plots only metres apart. ”Don’t tell me that one side of the wall is Grand Cru and the other side has a common or garden appellation. Pull the other one”. I was wrong.  Time and an open mind have since taken me on a fascinating voyage of discovery.

Not all things Burgundian are complicated. Talking grapes, in the Cotes de Beaune it’s simply Chardonnay for the whites and Pinot Noir for the reds, but when it comes to the appellations, (the names and pecking order of the wines), things aren’t so straightforward. Mind you, it’s certainly not as complicated as many would have us believe.

Travelling south along the N74 with the “golden slopes” sweeping away gently to the right, the quiet village of Aloxe Corton with its colourfully tiled roofs, gracious chateau, and elegantly spired church takes the eye. It heralds the Cote de Beaune.

The famous saddle-shaped hill of Corton rises above the village and nowhere in Burgundy is the key to the code or the concept of “terroir” better demonstrated. Just one taste of the wines from different plots dotted around the hill’s slopes will convince the grumpiest sceptic that it’s all about location, location, location.  Around the village, the best climates of Aloxe soak up the sun throughout long lazy ripening days, whilst just around the corner in Pernand-Vergelesses poorer expositions on the same hill give lighter wines that are only a shadow of their famous neighbour.

Above the village and below a top hat of trees the Corton hill slopes steeply, clearly exposing her beneficial limestone outcrops, perfect for Chardonnay to produce Aloxe’s famous wine, the powerfully elegant Grand Cru Corton-Charlemagne. More clay outcrops in the middle slopes provide perfect terrain for the flirtatious Pinot Noir, the result being the wonderfully rich Corton, incredibly the only red Grand Cru in the Cote de Beaune.

Where and why Chardonnay vines end and Pinot begins on the magical slope is a never-ending talking point but with the Aloxe Grand Cru vineyards having no less than 200 owners, some of whom own just a few vines, knowing the best plots and their winemakers, not to mention your bank manager, is far more critical when it comes to buying a bottle.

Barely three kilometres to the west of Aloxe Corton and still lying on its famous hill, Pernand-Vergelesses lives in the shadow of Aloxe Corton. But this time quite literally! Here, the sun’s rays are blocked by the Corton hill itself sentencing many of the vines to a shady existence for much of the day. There is a brighter side, however, for the best red Premier Crus lie on the flatter, sunnier vineyards further down the slope and these, together with the best limestone rich, sun-blessed Chardonnay plots, can make “P.V.” a happy hunting ground for the determined wine sleuth. Many of the wines are sold under the Cotes de Beaune Villages label which is a pity for many deserve to stand on their own.

Fuelling the Burgundy enigma, a clutch of favourable south-east facing vineyard plots and their wines belie their origin, including the “white” Grand Cru En Charlemagne parcel which is entitled to use the “Aloxe name” of Corton Charlemagne, and further along a small parcel of Pinot Noir whose “terroir” allows it to take on the prestigious Corton label.

Just around the corner from Aloxe Corton and again lying on the same saddled hill, the vineyards of Ladoix-Serrigny face east but, as with “P.V.”, sadly do not share the same quality exposure. With the soils also changing as you move around the slope, the wines lack the intensity and finesse of Aloxe Corton.  But it’s not all bad news, some climats are good enough to be entitled with Aloxe’s priceless Corton and Corton-Charlemagne appellations. Many of Ladoix’s wines are sold under the Cotes de Beaune Villages label which makes Ladoix-Serrigny one of the lesser known communes, but thankfully these underrated wines are becoming more visible on our shelves. The name may be difficult to pronounce, but they give good pleasure for a good price.

When the great winemaker in the sky dealt “terroir”, Chorey-les-Beaune was a little unfortunate. The trouble is, it’s on the wrong side of the road and being off the slope, much of Chorey’s vineyards stand on flatter, damper clay soils. Consequently, the village is often a forgotten enclave. With the nearby village road sign also pointing to Aloxe Corton, it again demonstrates how things can change within a stone’s throw.

It’s not all doom and gloom though down Chorey way as some of the vineyards are on sandier soils where better wines evolve. On a personal note, I was lifted by a brace of Chorey reds at a London tasting earlier this year and a white Chorey-les-Beaune at a Burgundy dinner last week was, for me, the best wine of the night amongst some impressive labels.

Hope you enjoyed our stroll. Now back to the hotel for a glass of …..